Here's another one of those simulations to give you an idea of what it is like to be autistic. It's quite short but  I think it does a pretty good job of illustrating the disorder.


Salon.com posted a story about new research that is taking a different approach to the way researchers look at autistics. Rather than viewing autistics as deficient because they don't like to be in crowded places, for example, researchers are now looking at the aversion to crowds as a symptom, not a deficit of something else. Information overload, for example.

The piece was well written and the information brought up in the article sounds a lot like the Intense World Theory.

The comments is what got me. It's always the comments, isn't it?

One lady who didn't seem to like the paper felt that researchers should start talking to the Real Autism Experts™, the parents. 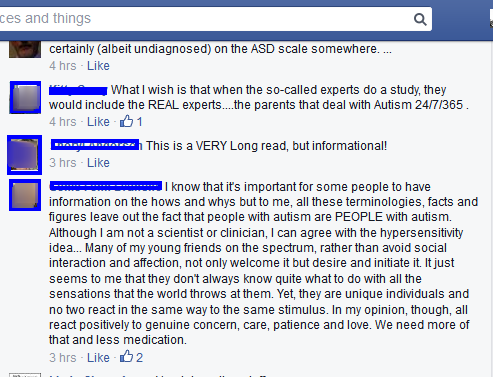 The other message also rubs me the wrong way. On the one hand I understand the poster had good intentions when the whole "autistics are people too" angle. But don't you see, if you have to work that hard to prove that I'm a person, you have much bigger problems then sentence construction.


Salon article:
We might have autism backwards: What “broken mirror” and “broken mentalizing” theories could have wrong

Image of Neurotypical Brain Compared to an Autistic Brain

The Autcast shared this photo on Facebook. I loved it so I copied it here.

One thing I am not sure about is  whether these are supposed to be viewed as mirror images, or is the autistic brain really wired backwards when compared to a typical brain. 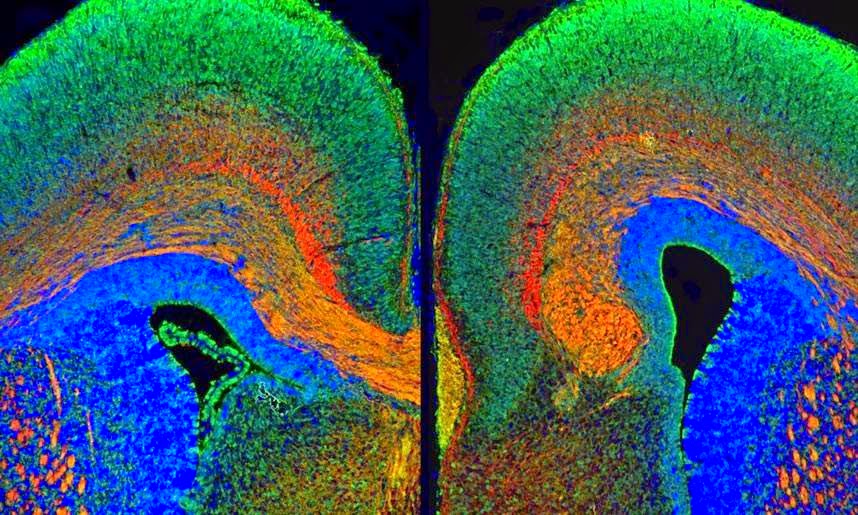